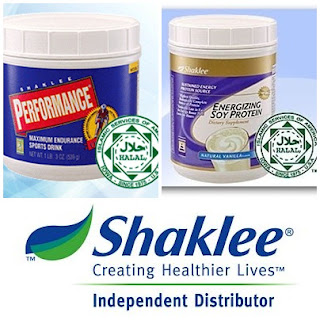 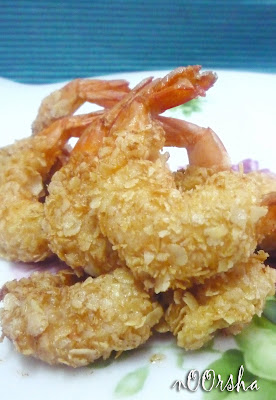 Sambung Baca: http://anizyn.blogspot.com/2009/03/khasiat-oat.html#ixzz1SX1BZyQ9
Posted by ibuhebat at 2:56 PM No comments: 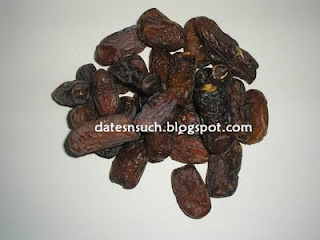 Posted by ibuhebat at 2:41 PM No comments: 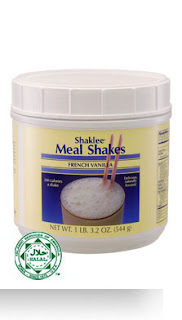 Everyone Gets Old Sooner or Later

Vivix™ Cellular Anti-Aging Tonic is a revolutionary breakthrough in the fight against cellular aging. Developed after years of research by Shaklee Corporation, the number one natural nutrition company in the U.S., Vivix is the world’s best anti-aging supplement. In laboratory studies, Vivix ingredients have been shown to impact the four key mechanisms of cellular aging.*

A 30-day supply of Vivix delivers the equivalent amount of resveratrol found in 3,000 glasses of red wine, and Vivix ingredients were shown in a laboratory study to be 10x more powerful in slowing a key mechanism of aging than resveratrol alone.*

Shaklee scientists have worked for years to create and deliver a unique blend with polyphenol ingredients shown in laboratory studies to address cellular aging. To deliver the world’s best anti-aging supplement exclusively to you, Shaklee has secured the entire supply of one of the key ingredients from the largest and best growers in the world, and filed for multiple patents to protect this innovation.*

*These statements have not been evaluated by the Food and Drug Administration. This product is not intended to diagnose, treat, cure, or prevent any disease.


You don’t have to wait
Thousands of studies have already been done that prove resveratrol and related polyphenols fight the diseases of aging, lower cholesterol, lower blood pressure, improve brain function and fight the ravages of diabetes.

In fact, researchers are asking the question, “Are there any health issues these amazing compounds doesn’t affect in a positive way?”

With every sip of Vivix, you’ll be drenching the cells in your body with the most potent age-defying ingredients ever combined.  You’ll be giving your cells the power to fight back against the diseases of aging in every system in your body.

Almost instantly, healthy new cells will begin to replace tired, worn out cells that have been struggling against poor lifestyle and bad food choices.

The ingredients in Vivix have been shown in ...

Dr. Sinclair believes the ingredients in Vivix can produces health and possibly a longer life without a starvation diet.

Protection for your cells.  Vivix helps promote strong, healthy cells in every organ or your body.

Resveratrol also offers protection for your heart and brain from damage caused by a heart attack or a stroke.  It inhibits the enzyme phosphoinositide 3-kinase.  This means you could have a heart attack or stroke and suffer much less or no lasting damage.

According to Roger Corder, a professor of experimental therapeutics at Queen Mary University of London, polyphenols from grapes called procyanidins are primarily responsible for reducing the risk if cardiovascualr disease—a major factor in increased longevity.
Procyanidins have been shown to help keep heart tissue healthy by regulating the production of a peptide known as endothelin-1, which helps to prevent blood clots and maintain the overall health of veins and arteries.

Anti-viral.  The polyphenols in Vivix has been shown to be effective against many viruses which includes herpes virus, influenza virus, and the HIV virus.
Anti-estrogen:

DNA protection.  Vivix helps block the one million free radicals attacks that every cell in your body gets every single day. Free radical attacks can damage the cell’s genetic database, creating a “typo” that may compromise cell function and longevity.

Gene regulation.  Vivix polyphenols have been shown to positively impact genetic regulators. This is important because your genetic regulators control the dynamic balance between damage and repair
including whether a cell will live or not.

Blocking of AGE proteins.  The Polyphenols in Vivix totally block the Formation of Advanced Glycation End products (A.G.E.) This is critical to health and longevity because AGE proteins create a sort of sludge or
plaque that clogs your cells, a leading mechanism of cell death, Alzheimer’s and diabetic complications13

Vivix polyphenols are 10x more powerful than resveratrol alone in slowing the formation of AGE proteins.

Energy & endurance.  "One of the ways to extend life is to increase the production of energy," said study author Johan Auwerx, head of research at the Institute of Genetics and Molecular and Cellular Biology in Illkirch,vFrance. "And resveratrol does just that."

Want more energy and endurance as you age?  Mitochondria are the tiny power plants of every cell in your body—which means we are very dependent on mitochondria for any type of physical activity.

When you were young, you had lots of vibrant, energy producing mitochondria.  As you age, the mitochondria become dim, produce less energy and die off.  What can be done about this loss?

them to the size and strength they were in your youth.

Brain health.  With support for your brain, you could realize greater focus, quicker reactions that had slowed with age—and the ability to work more productively.  That steel trap memory you had in your youth
could return—allowing you to think more clearly and remember almost as well as you did as a kid.

Inflammation.  Vivix helps your body fight off the inflammation that naturally comes with less than a perfect meal.  Calming inflammation speeds healing and helps with almost every illness you are confronted with as you age.

The ingredients in Vivix have been shown to inhibits the effects of excitoxins like MSG toxicity on the brain.

Resveratrol and polyphenols turns Vivix into a COX-2 inhibitor.  COX-2 acts as a natural anti-inflammatory agent and has none of the typical side effects of drugs like Advil and other pain killers.

Anti-depressant.  Resveratrol works as an anti-depressant by inhibiting the enzyme monoamine oxidase.  Also known as an MAO inhibitor.

Blood pressure.  A recent study published in the Journal of Gerontology: Biological Sciences Polyphenols like resveratrol in Vivix can help with blood pressure that could help prevent a stroke. How? By increasing the activity of an enzyme called human endothelial nitric oxide synthase which then produces nitric oxide—an agent that widens blood vessels and controls blood pressure.

Mitchell Seymour of the Cardio Protection Research Laboratory at the University of Michigan says,  "These findings support our theory that something within the grapes themselves (polyphenols) has a direct impact on cardiovascular risk, beyond the simple blood pressure-lowering impact that we already know can come from a diet rich in fruits and vegetables,"

Blood sugar.  There is great potential to normalize your blood sugar levels and that’s great news for the millions of Americans suffering from the recent diabetes epidemic.  If you’re over the age of 50, you probably fall into that grey zone called pre-diabetic.  Which means, even though you show no signs of blood sugar problems—they could be just around the corner.

Resveratrol plays a key role in stabilizing blood sugar and helps to overcome insulin-resistance.  It does this by allowing insulin to enter your cells and produce energy. When insulin levels in the blood are reduced, you have less hunger.  High insulin levels create hunger which tells your body to eat more.

Alzheimer’s & dementia. The brain plaque beta amyloid has been linked to Alzheimer’s and dementia.  Resveratrol has been shown to eliminate this plaque and has also been shown in studies to improve the mental ability of lab mice.

Bone Loss. Resveratrol has been shown to protect against bone loss. Critical as you age.

Liver Protection. More than 30% of Americans suffer from a condition
known as fatty liver. Fatty liver is especially prevalent in those who drink
excessive alcohol.

A new study, led by Joanne M. Ajmo at the University of South Florida Health Sciences Center in Tampa, found that alcohol-fed mice given resveratrol had less fat in their livers and the fat broke down more quickly than alcohol-fed mice not give resveratrol.

The findings suggest that resveratrol prevents alcoholic fatty liver by coordinating molecules that control fat metabolism. The study appears in the American Journal of Physiology-Gastrointestinal and Liver Physiology, published by The American Physiological Society.
Ellagic acid in Vivix protects your liver from hepatitis and cirrhosis16

Antioxidant.  Vivix is a powerful antioxidant that blocks the more than 1,000,000 free radical hits to every cell in your body—every day.

But that’s only the beginning.  Polyphenol anthocyanins in Vivix have been shown to be the strongest antioxidant of over 150 flavonoids tested.19  In act, according to Brunswick labs, Vivix scores well above
5,000 on the ORAC scale.

The Vivix Rejuvenol™ blend of ultra-pure resveratrol plus polyphenols from the only grape in the world with an extra chromosome Vivix polyphenols positively impacts key mechanisms of cellular aging and therefore goes well beyond providing antioxidant support.

Diabetes. The polyphenols in Vivix prevent degeneration of pancreas cells decreasing the risk of diabetes

Resveratrol has been shown to reduce and suppress many types of inflammation, which has been linked to arthritis, psoriasis, and crohn's disease. Inflammation is also believed to contribute to cardiovascular disease and cancer.

Resveratrol taken for long period will not damage stomach lining as aspirin does, and therefore represents a positive way to deal with chronic inflammation.

Cancer.  Proanthocyanidins kill cancer cells and inhibits the growth of cancerous human breast, lung, stomach and leuchemia cells by up to 73%. Telomerase is an enzyme that shortens the end caps of chromosomes—resulting in the death of otherwise immortal cancer cells. Resveratrol inhibits telomerase.Survivin—found in cancer cells—enables cancer cells to evade the immune surveillance system, survive and multiply.  Resveratrol inhbits survivin.Resveratrol, a primary ingredient in Vivix keeps blood clots, bacteria, viruses, cancer cells and cholesterol plaque from sticking to artery walls and helps prevents the spread of cancer and infection.
Antibiotic. Resveratrol acts as an antibiotic against bacteria,and has been shown to exhibit strong antibacterial activity against antibiotic resistant bacteria.

Anti-bacterial and anti-fungal. Muscadine grapes are grown in the hot, humid, Southeastern U.S.  To survive in this oppressive and fungal laden heat and humidity—the muscadine depends on the anti-fungal power of resveratrol.

Resveratrol also acts as an anti-fungal agent in the human body and is active against Candida-albicans.

Summary:
The power of ViViX to build the cellular structure that produces better health and potentially a longer life is stunning.

You’ll begin to notice health problems you’ve been dealing with—maybe for years—begin to vanish before your eyes.

Within days or weeks after putting this remarkable breakthrough to work in your body—you’ll begin to feel and see the difference in your overall health.  In fact, we’re so confident that ViViX will bring positive changes to your health—we make this recommendation ...

An all-natural, patent-pending formulation, Vivix is a unique blend of polyphenols, including resveratrol – ingredients which have been shown in laboratory studies to positively impact the four mechanisms of cellular aging. 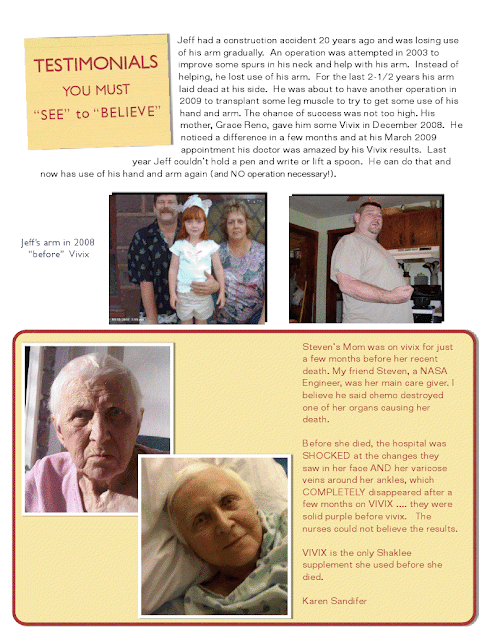 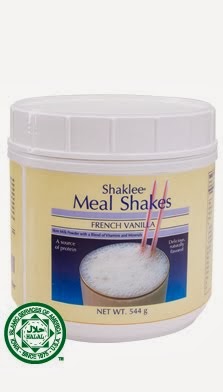 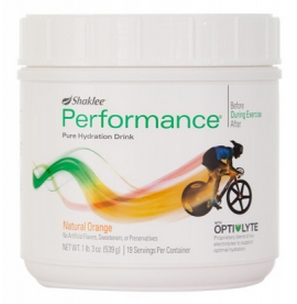 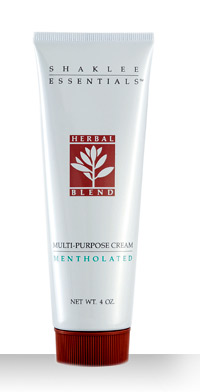